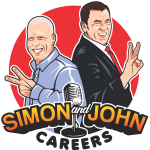 In this week’s podcast, Graham Elliot tells his story of growing up in the large port town of Hartlepool, starting his financial career in the city of London at a brokerage firm, moving to a hedge fund and then making his way to Japan where he became CEO of two investment banks before returning to the UK again.

The straight talking adventurer is a natural storyteller and has seen it all including some very “Wolf of Wall Street” type behavior back in his day. Graham has carved out what Simon and I can only describe as the perfect lifestyle.